AT THE BOOK MARKET, I DO NOT SELL ANY
ALL DAY LONG I DON’T MAKE A PENNY
“HEY YOU! BUY A BOOK
AND DO NOT JUST LOOK”
AS AN AUTHOR, I'M LOSING MY SANITY.


THERE WAS A YOUNG GIRL FROM TASSIE
WHO WAS PRETTY BUT KNOWN AS A HUSSY
WHEN SHE MET A YOUNG SCOTT
WHO LIKED HER A LOT
AND CALLED HER “MY WEE BONNIE LASSIE!”


LEGS VARY IN SHAPE AND IN SIZE,
IN SHORT SKIRT, THERE IS NO SURPRISE,
SOME ARE SKINNY LIKE STICKS
HAIRY LEGS ARE THE PITS
BUT CONCRETE CRUSHERS I DESPISE!


THE BABY CRIES PIERCINGLY LOUD
“SHUT UP!” THE FATHER DOES SHOUT
THE MOTHER THEN NURSES
TO AVOID FURTHER CURSES
BUT AS PARENTS THEY BOTH ARE SO PROUD! 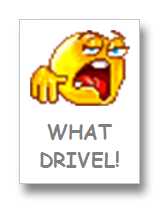 Posted by Peter Frederick at 7:55 PM No comments: 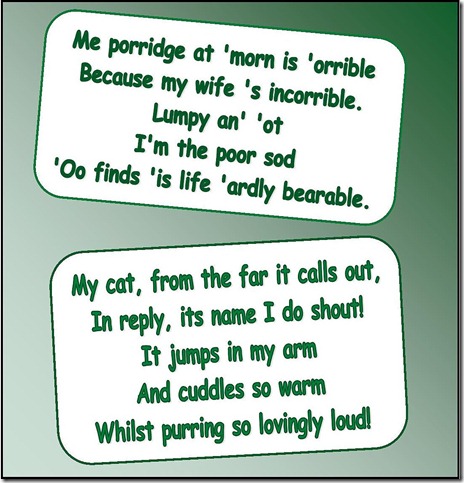 Posted by Peter Frederick at 11:18 PM No comments:

WHERE IS MY TIE? 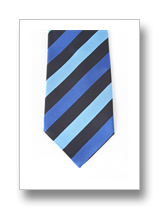 ‘Hello Peter, your car has been serviced and it is ready for your country trip.’ The friendly voice on the telephone belonged to Stan, the man in charge of Selby’s Motors. Since a lot of people treat their car almost like a loved one, as a member of the family, his role was like that of a family doctor. His diagnosis of a car is always eagerly awaited by customers and his recommendations are followed religiously.
‘That’s great, Stan, thanks for your good work.’ I am sure I sounded relieved and grateful.
‘That’s alright, Peter. We know that you are due for your country trip and therefore have made servicing your car a top priority!’
Good service! I thought. Whilst I hated putting the car in for service as I always felt stranded without it, I realised that it had to be maintained properly. If not, it could let me down in the country side, in the middle of nowhere, between two towns, with tons of mozzies swarming around. I knew from bitter experience that you could do nothing about it then because when the motor doesn’t run, the air conditioning doesn’t either. It then gets stifling hot inside the car and you are forced to open a window. And that’s when the gnats get you! Out of nowhere they converge on one as if trained that way.
So, I went to my loyal service station and picked up my car. Relieved, I sank into the comfortable seat, turned on the air conditioning and sighed with sheer pleasure as the crisp, clean, refrigerated air hit me. Automatically, I undid my tie, took it off and dropped it on the seat next to me. I undid the top button of my shirt and . . . ah, that was luxury! For a moment I envied all those people who did not have to wear a business suit, shirt and tie.
Upon driving back to the office, the traffic was at its peak and I got nearer to my office only by the stop-start method, which I always found unnerving. I much preferred to do my business calls in the country because at least you could drive without the frustration of traffic and stop where you wanted to stop. It was wonderful to be able to park right outside an architect’s office and just go inside!
Suddenly, I had the feeling that something was not right. Was it the air conditioning? I fingered the control buttons - it was turned on alright, but why was the air suddenly so stiflingly warm? Feeling the air vents, I panicked. The fan which normally blew out the refrigerated air was not working. What an inconvenience! I was supposed to go on a country trip but could not possibly do so with the car in such condition!
‘Stan,’ I explained on my car phone to the service manager of the workshop, ‘the air conditioning does not work. It started alright, blowing cold air but suddenly the fan is not working. What happened?’
‘There can’t be much wrong, Peter,’ Stan’s voice was very reassuring. ‘We checked everything before handing you the car. Can you bring it back and we’ll have a look at it?’
Despite the heavy traffic I managed a u-turn and raced back to the workshop. Once there, Stan sounded less optimistic ‘To check the air conditioning’s fan and motor, we have to open up the dashboard and have a look at everything - it will take a while as it is a big job. Leave it here and we will phone you tomorrow with the result of our inspection.’
This did not sound reassuring at all. I’d have to face another full day without my car! Feeling like a broken man, I hailed a taxi cab and returned to the office. Whilst I had enough business to attend to at my desk, it was not a happy situation. I was in the middle of a large batch of phone calls when Stan reached me on the line. His call got to me between my outgoing calls.
‘This is Stan again, Peter. Your car is ready to be picked up. I’ve fixed everything. Now you can go on your country trip. Can you come right away as our workshop closes early?’
Slightly breathless I had entered the service station and Stan was waiting for me. All the other office staff and all the mechanics seemed to be looking at me, for some reason. ‘Peter, where is your necktie?’ Stan enquired with a very formal attitude. This was an unexpected question and I said the most stupid reply I could think of:
‘I haven’t got a necktie,’ I replied, totally confused about what that had to do with my car? ‘And what’s a necktie?’
‘Your tie, Peter!’ and he tucked at his own accessory to jog my memory.
‘Oh my tie? It’s in the car, on the seat.’
Suddenly, the whole office staff and the mechanics started to laugh and Stan explained: ‘Peter, we found your tie entangled in the fan. Here it is,’ and like a magician, he produced my tie which was in a terrible state.
‘It somehow got sucked up into the air intake opening at the floor and prevented the fan from blowing. There is nothing else wrong with your car!’
With a red face, I had accepted my car keys back and the tattered tie and got into my station wagon. What happened? Well, with all that starting and stopping in heavy traffic, the tie had fallen from my seat onto the floor, must have slid forward and been sucked into the air opening. What a reason to give a car back to a mechanic! I did not live this down for a while. Whenever I put my car in for service, Stan or whoever was serving customers, always remarked: ‘Ah, I see you’re wearing your tie!’ Naturally, I can laugh about this now but I still wish it had never happened to me! 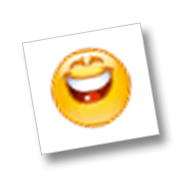 Posted by Peter Frederick at 4:48 PM No comments: 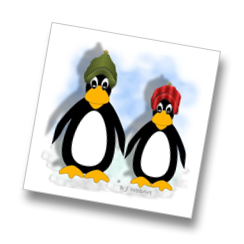 The morning’s grey – what will it bring?
Outside, there blows a freezing wind
and brings the South pole closer home.
I fancy polar creatures roam
at intersections, public places,
where people rush with frosty faces
past penguins and seals in masses
who stare at them with frozen asses
as they pursue their daily chore,
so frozen deep down to their core.

Posted by Peter Frederick at 9:06 PM No comments: 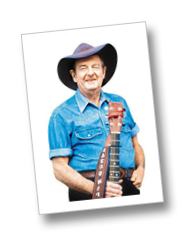