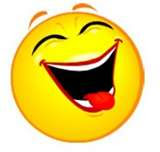 (An excerpt from my book 'LIFE ON THE ROAD - a Salesman's Lot!')

Having completed my turn into Hills Avenue and

gazing automatically ahead towards the veterinary

surgery, which was about half way to my destination, I

saw something that made me sit bolt-upright. Outside

the entrance of the vet’s were two men dancing!

‘What?’ My tranquil eyes snapped wide open and I

looked again. Although still far away, I could definitely

make out two men dancing. They were about the same

size and holding each other in an embrace while dancing

to the tempo of an imaginary English Waltz.

‘What is happening to me?’ I looked again, this time

squinting, yet there they were, still dancing! All the time

I was getting closer and seeing them more clearly. On

and on they danced, on the spot, in front of the entrance.

But having nearly reached the two, I suddenly noticed

that they were not two men, but one man and his Great

Dane! They were holding each other the same way:

upright, hands and paws at each other’s shoulder blades,

staring into each other’s eyes with utter concentration,

but neither saying a word. The man was rather elegantly

dressed in an expensive suit and his face was almost as

red as a stop sign from embarrassment and effort.

Wondering what the problem was with the two and

slowing down almost to a halt, I suddenly perceived the

true situation. The man was trying to get the Great Dane

into the veterinary surgery but the dog didn’t want to go.

Obviously the man had tried brutal force by positioning

his dog in the doorway and trying to push him through.

The dog had, in return, reared up on his hind legs and

got a hold of his master exactly the way he, himself, was

being held. Every time the man tried to push the dog

through the glass door into the waiting room, the big dog

took evasive action. Obviously, he was smarter than his

owner because every time the man tried to push him hard

against the door, he did not push back - oh no! Instead,

he quickly side-stepped so that the man found himself in

the doorway, with the dog on the footpath side!

So he had to resume his original position again, with

the dog in front of the door and him on the road-side.

Another push against his dog was parried again with

a side-step (actually a ‘Quick-Step’, as they teach in

dancing schools) and, once more, he found himself in the

doorway instead of his dog! A step forward, side-step,

reverse position and, again, round and round they went.

If it had been a dancing competition and somebody had

played the tune of the ‘Tennessee Waltz’ they would

have won a prize for sure! They just kept looking at each

other very seriously whilst pirouetting on the spot.

I glanced into the rear vision mirror and saw that they

were still dancing. And they really did look like two men

dancing! Except one of the two had his trouser bottom

rather low, with spindly, unattractive, legs sticking out!