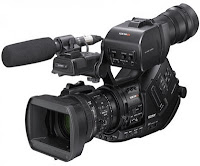 The day had finally arrived for the Apprentice of the Year convention in Sydney and after a lot of preparations, I started my faithful station wagon for the long drive.
Since my popular boss had great expectations of me, I made sure that the exhibition stand, I had created myself, was safely stored in the back of the car, in proper crush-proof containers, together with all the bits and pieces that link the modular panels together, the clip-on spotlights and my faithful, commercial-quality slide projector.  The slides had been checked carefully and I had this reassuring feeling that nothing could go wrong, if only my speech would go right.