A STRANGE CAT IN MY CAR…. 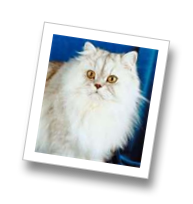 It was late that afternoon, actually early evening,

when I drove into “my Motel”, as I liked to call it. It

was a small establishment run by an Italian couple who

were extroverts and very service minded. The rooms

were large, clean and the air conditioning was powerful

motels. After a long and hectic day I always looked

forward to turning my car into the driveway of my

favourite motel, which I considered my ‘second home’.

The sun was setting behind the town’s fruit orchards and

glowing deep crimson, the red soil was getting darker

and the cicadas supplied the music to this, now tranquil,

With the expectation of a restful evening, I had parked

my vehicle in the motel’s car park. Preparing to go to

reception, I suddenly had the sensation of not being

alone in my car! I glanced back at the interior of my

station wagon, typically filled with lots of samples and

catalogues, and immediately looked again: there was a

cat sitting in the back seat, staring at me! It was a large,

and she was wearing a red collar, studded with metal

‘tips’. What a shock! I said the most stupid thing that

came to my mind: ‘Where did you come from?’

No answer came from the cat, just a stare and a blink.

how long had she been there, but I could see that she was

well fed and obviously somebody’s darling. There was

driving back to all the places I had been!

As tired as I was by then, I had to drive to the nearest

supermarket and buy cat food, kitty litter and milk and

search for a cardboard box for a toilet - the works!

I laid out everything in my roomy station wagon as

animals were not allowed in motel rooms. I spread out

the blanket that I always had with me and my cushion,

which normally supported my back whilst driving, all

the time calmly observed by the cat. When I had finished

preparing the cat’s toilet, she reached into the box,

her claws and seemed to be satisfied with my set-up.

Wishing her a ‘Good Night!’ I gently closed the car door,

The following day saw me calling on everybody I had

seen the previous day, only this time with a cat under my

arm. But everywhere I went, people waved a ‘No’, and

suddenly some seemed less friendly then the day before.

In fact, they made me feel as if I were peddling cats!

re-visited them all with the cat. Finally, it turned out to

belong to the very first shop I had called on! The owners

of the cat were - yes - Frank Cleary and his wife Sue. At

first, Frank Cleary looked surprised to see me again so

soon. But his face was long and serious. When he saw

the cat he transformed into the happiest person in the

world. It was his cat and since he and his wife had no

children, the cat obviously was a much-loved member of

Whilst I had been showing him new samples, running

back to my car several times and taking things out and

into the shop, the door must have been left open when

‘it’ happened. The cat had obviously jumped inside and

spent the whole day sleeping in the back seat behind me!

holes into my back.

Mrs Cleary was phoned and told the good news and

she arrived at the shop within a few minutes. When

they discovered that their cat was not hungry and they

realised how well I had looked after her, they could not

thank me enough for the trouble I had taken.

Despite having lost a whole working day, which I had

to make up somehow, I left feeling on top of the world.

loving owners on a full-time basis - it would have been

my paradise on earth!

Posted by Peter Frederick at 7:14 PM