From my book: ON THE ROAD AGAIN 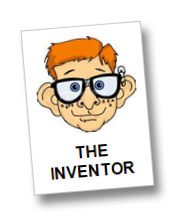 It was mid-afternoon and I was to call on Frank’s Floor Services, a small retailer in the town who wanted me to update his samples. The only problem was that I always had to endure Frank’s talkative high spirits, whenever I had called on him.

I was hoping to avoid his long, drawn-out monologues as I dragged my case with samples into his shop.

‘Pete, me boy! How are ye?’ his garrulous voice boomed from the back of the shop.

‘Very well, Frank! And how are you!’ I answered as I handed him some samples and brochures to show him.

Suddenly, Frank looked up and exclaimed, ‘Nigel, say hello to me mate Pete!’

Spinning around, I saw a thin looking young man with thick, round glasses and a pimply face.

‘Good afternoon!’ he nodded quickly, looking a bit confused, not knowing what else to say.

‘Nice to meet you Nigel!’ I smiled, ‘and what are you doing, if I may ask? I kept my voice jovial and matey.

‘Oh, he is good on the computer and also invents things!’ added Frank. ‘Tell Pete what you have just finished doing!’

Nigel seemed to be grateful for a topic he was familiar with;

’I’ve made a surfboard!’ he stated.

‘Yes,’ Frank took over, ‘not just any surfboard but it’s a very special one! Go and show Pete!’

Nigel led the way to the back of the shop and into a large shed that was converted into a workshop. The smell of wood and solvent was strong but not unpleasant.

‘There it is,’ he said, pointing at the biggest surfboard I had ever seen.

‘I’ve made it with very thin plywood and fibre glass, feel how light it is.’ Nigel smiled happily, warming to this subject

With some hesitation I laid hands on this monster and expected some sort of a hernia trying to lift it but to my amazement it nearly floated up in the air. How can anything that looks as tall as a tree trunk, shaved down to a nice flat curve, be so light in weight, I wondered.

‘It’s incredible how light it is, Nigel. How did you do this?’ I asked placing it carefully back where it had come from. Suddenly, it looked fragile, to me.

‘Like I said, it is very thin plywood, reinforced with fibre glass which makes it so strong! I hope to get into the Guinness Book of Records with this!’

I shook my head in amazement.

‘Would you like to come with me, I am going to try it out right now.’ He announced in a tone that made me feel privileged to be asked.

‘I’m taking it to the beach right now to try it out; you are welcome to watch me make history. Would you like to come with me?’

As this was a beach resort we only had to cross a road to reach the sand. From there it would be only a few steps to the water.

Since I had finished with my calls in this town and only had a motel booked and waiting for me in the next town, so I thought, ‘what the heck!’

Like a generous uncle, I nodded agreement. ‘Just let me stow my things back into my car, I’ll be back in a moment!’

When I returned to the shop, he was already standing outside his shop with a firm grip on his enormous surfboard, which looked more like an elongated platform. The wind tousled his reddish hair and even his pimples seem to be glowing with pride!

I offered to help him carry the board but he declined. ‘I have to do this by myself!’ he stated, stepping towards the kerbside.

The road was clear of traffic and there was a continuous light breeze coming from the ocean, treating his surfboard like a sail, trying to blow him back to the shop front.

Nigel increased his grip on the board and took a deep breath, and with an aggressive stance tried to rush across the street. He made it to the middle but was then blown back to his original position.

He decided to face the wind with the small side of the board to eliminate the resistance. His red face became a lighter shade and as soon as he had recovered, he started to cross again.

This time he nearly crossed the road when the breeze changed direction and with a hefty puff of wind, he and his surfboard became very nearly airborne. Again, he found himself back at on the footpath and backed against his shop front.

But he seemed determined not to let go of the board, as this could become an extremely dangerous projectile once in the air!

Feeling sorry and embarrassed for the lad, I tried to extricate myself from this situation but he was so confident of getting to the water that I decided to stay with him, at least for a little while longer. There was surely a technique to it and he had to find it!

His next attempt was to hold his monster platform low and from the front, apply maximum weight to stop any updraft. Of course the other end dragged on the ground but that was not important, reaching the sand and the beach was!

He actually managed to cross the road, and once he arrived there, a gust of wind hit the back of his board, spinning him around uncontrollably, like a spinning top and again, he was blown back to his starting point, outside his father’s shop.

I stayed to witness some more unsuccessful attempts and in the end he too had to give up his record-breaking attempt, as he was becoming winded.

I said my ‘Goodbye’s, as he dragged his monstrous creation dejectedly back into the shop.

To this day, I don’t know whether Nigel has ever reached the water!